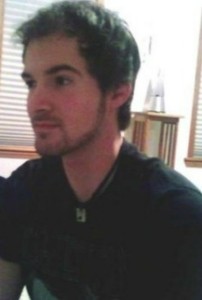 Jeffrey Pyne, 25, will remain in prison as his second-degree murder conviction was upheld by the Michigan Court of Appeal last week.

Pyne, a former University of Michigan student, was convicted in 2012 of killing his 51 year-old mother, Ruth Pyne, whose body was found in the garage of the family’s Highland Township home in 2011.

Pyne’s appellate attorneys, led by Neil Leithauser, argued that he was wrongly convicted based on testimony that was irrelevant and caused the jury to question his character.

The attorneys also argued that Pyne’s trial attorney was ineffective. James Champion of Grand Rapids, had never before handled a murder trial.

“It is expected that trial counsel would explain why no defense witnesses were presented,” stated the brief, “and also explain his failure to object to multiple instances of hearsay and other potentially objectionable testimony during trial.”

Pyne remains in Earnest Brooks facility in Muskegon serving a 20- to 60-year sentence. His earliest possible release date is Oct. 10, 2031.

Irrelevant testimony
There was a lot of testimony in the trial, widely covered by national media, including Dateline NBC, Nancy Grace, Good Morning America, and 24 Hours.

For example, there was drawn out dramatic testimony from a former girlfriend who Pyne had lied to in order to date another girl. This testimony was used to convince the jury that Pyne was a liar and therefore killed his mother.

The prosecution also claimed that Jeff Pyne had a motive for killing Ruth Pyne since she had previously assaulted her son at a time when she was mentally ill.

?No Witnesses
The higher court also stated that “Defendant has not shown that any additional effort by defense counsel would have produced witnesses who could have been helpful to the defense.”

“Dr. Spitz would testify that, contrary to the opinions the Oakland County Medical Examiners, the injuries on Appellant’s hands were likely not caused by a 2 X 4 or similar object in the manner described by the Oakland County pathologists,” according to the attorneys.

Bernard Pyne was expected to testify about his wife’s medication compliance; her behaviors in the days, weeks and months prior to her death. The elder Pyne also wanted to tell the jury about his son’s complete lack of violent behavior and character for violence. Jeff Pyne still lived at home as a college student in order to help with his younger sister Julia.

In addition, Bernard Pyne wanted to let the jury know that he observed a blue mark on a cabinet near the body at the murder scene, which was not present before the assault. This suggests “a blue object made the impact; that there were no such objects at his household, and no items that could have caused the fatal injuries were missing from the house.”

Jeffrey Pyne Needs Support
Jeffrey does plan to further appeal his conviction to the Michigan Supereme Court, according to his father.