Several Libertarians from Northwest Michigan recently met with Bill Gelineau, the State Party Chairman, to discuss setting up a Libertarian affiliate in the area.

The group’s primary focus will be to elect Libertarians to local and regional offices to help the party continue to grow and spread liberty.

This changed the election rules so that the Libertarians are on a more equal playing field, and elections will be handled differently.

“We’re looking to make 2017 even bigger than the 45% increase in members we saw in 2016,” said Gelineau. “Now is the time to jump in and help us build an alternative to the two old options. We invite you to be part of the fastest growing movement in America.” 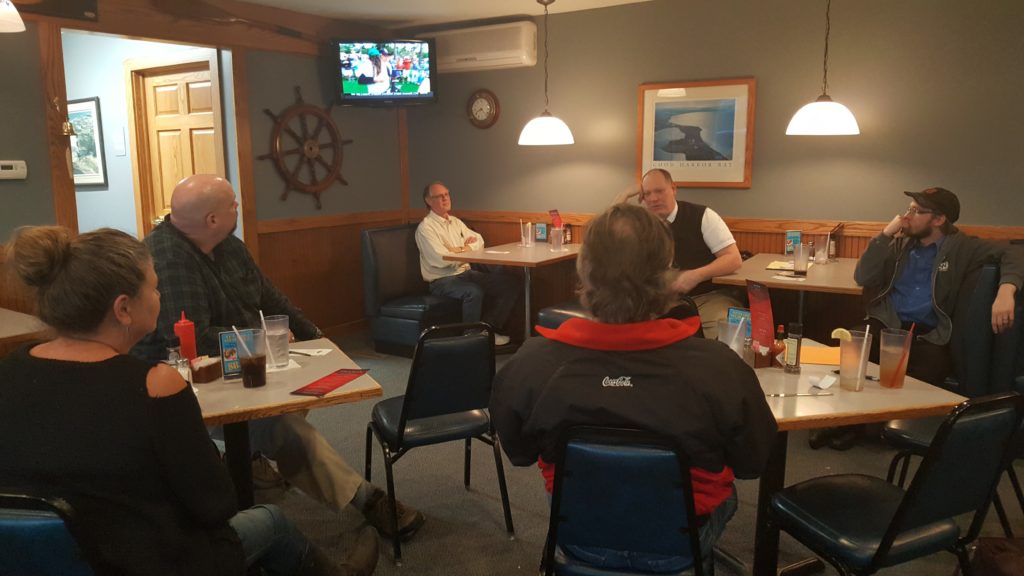 Convention
There is a Libertarian Party state convention in Lansing on July 29. At this convention, the new state officers will be chosen for a two-year cycle.

Five people from Northwest Michigan will be selected by June to represent our area at the convention. These people will be authorized to vote for the new leadership.

All dues paying state members can attend this convention for free. To join the Michigan Libertarian Party, click here. “You must be a member 30 days prior to attendance whether you are a delegate, alternate, or attendee hoping to vote,” Gelineau explained.

Several people at the meeting are already eager to get involved in the new group.

Become Involved in the NW Michigan Libertarian group
The new Libertarian group includes residents of Emmet, Charlevoix, Antrim, Leelanau, Grand Traverse, Kalkaska, Benzie, Manistee, Wexford, and Missaukee Counties of Michigan. As the Libertarian party grows, this group might be broken down into smaller subgroups in the future.

The group plans to meet on the first Tuesday of every month at the Bayview Inn, located at 5074 N US Highway 31 N in Williamsburg, just outside of Traverse City. The next meeting will be Tuesday, May 2 at 7:00, with members encouraged to arrive at 6:30 for social discussion.

“You can make a difference!” said Gelineau. “Come be part of changing Michigan for the better.”